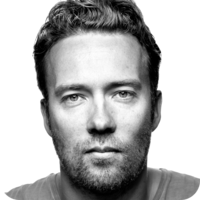 The Guardian article: ‘Risks posed by AI are real’

Article by The Guardian about how the EU moves to beat the algorithms that ruin lives. This highlights a tweet by David in November 2019 when Apple a launched credit card offering his wife a credit limit 20 times lower than his own.

DW Documentary created this video on the the rise of the mega-corporations. David is featured and discusses his experiences in the legal system with Apple.

We've set the video to start where David speaks (around 16 minutes in). To see the full video click rewind to watch it from the start.

Rework - SMB Book of the Month, The Ascent

RailsConf is the world’s largest and longest-running gathering of Ruby on Rails enthusiasts, practitioners, and companies. Rails Conf run every year since 2006. The event is organised by the team at Ruby Central and assisted by a team of volunteers. For more information on RailsConf including upcoming events in May and June 2022, please see RailsConf.org